Thierry Gaudin is an international expert in both fields : innovation policy and foresight. He is one of the founders of the six countries program on innovation policies (6cp.net) and, after ten years managing the technological awareness information system at the french ministry for research, he and his team produced a detailed 600 pages book on 21st century foresight until 2100. He also worked for World Bank, OECD, European Commission. He was first trained as an engineer at Polytechnique and after completed a PhD in information and communication sciences, published under the title Innovation and foresight, anticipative thinking. He has published 25 books and given lectures in all continents. He is presently president of Prospective 2100, a non for profit organisation aimed at studying world programs for 21st century.

Diplomas : Graduated from Polytechnique 1959 and Mining enginnering school of Paris 1963.

1966-1969 : in charge of regional development and research policies for the governor of the nothern region..

Member of the steering commitee of the “Six countries program on innovation policies” since its foundation in 1974 and president of this program between 1981 and 1983.

1982-1992 : Création and management of CPE (Centre for Prospective and technological assessment, Ministry for Research and Technology), in charge of three missions:

1993 : Conseil général des Mines (the highest assembly in civil service for technological assessment), member of the auditing committee of CNRS (the french NSF), creation of the 2100.org, aimed at designing world programs for next century.

2100, history of the next century: from twenty years of experience in technology and innovation analysis, T. Gaudin directed, from 1988 to 1993 a worldwide prospective synthesis combining approaches from social sciences, ecology and technology (éd. Payot, 600p).

A reduced version has been edited in english «2100, Our specie’s Odyssey, quoted as Our scenario at the website https://2100.org

Since 2012
Member of the foresight council of the french ANR (National Research Agency)
President of Reso, a non profit association who organised the Autrans Symposium

Since 2013 : member of the board of WFSF (World Futures Studies Federation) 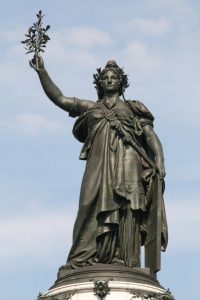